“A little consideration, a little thought for others, makes all the difference.” –Eeyore, from Winnie the Pooh 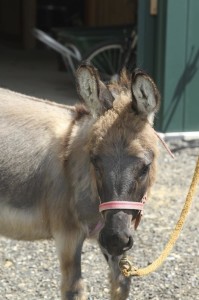 Slaughter auctions are the site of much inhumane behavior, and it was a family act of cruelty that brought Eeyore into our lives. Not one but two children sat on top of this tiny miniature donkey, banging away with their spurs. Their parents laughed while twisting his ears and tail to try and get Eeyore to take a step on his badly overgrown feet. Withdrawn in the face of this heartlessness, Eeyore refused to move. Confident he had endured enough, the farm didn’t hesitate to purchase him. Ironically, once we clipped on his lead rope to head to the trailer and his new life, his hesitation disappeared and he jogged alongside most willingly. Gelding, farrier work, and recovery from illness awaited his return to the farm, but the kind words in support of this little character was enormous. As soon as Eeyore was healthy, he went home to a life of ease on a paddock with an equine soul mate. Together, they play and cavort, and Eeyore has left behind the abandonment and neglect he once had to suffer through. 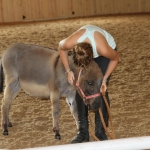 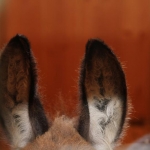 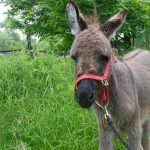 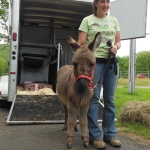 What’s New at Horses with Hope?